Apologies for the non-Oxford based post, but considering how easy it is for those based here to get to London, I wanted to share my trip to Wagamama Noodle Lab in Soho with you. You may have heard about the famous vegatsu curry, of which there was so much talk about when Wagamama recently launched their new vegetarian and vegan menu, but which never actually made an appearance in their restaurants across the UK. That’s because it’s currently a test dish at the Dean Street branch only, and as I had a planned trip to London, I thought I’d go and check out what all the fuss was about. Following a recent Wagamama’s announcement however, it looks like we might be seeing a few of these dishes on the regular Wagas menu throughout the UK very soon!

Half of the Soho Noodle Lab menu consists of a selection of the dishes on offer at Wagamama branches across the country, while the other half features a range of limited edition meals, at a reduced price in order for them to collect feedback. It was great to see that a number of these were vegan, showing that Wagamama is listening to feedback that we want more plant-based options!

There were two vegan starters on offer, so of course we had to order some of each to share. The first dish, mushroom steamed buns, were definitely my favourite, and I’m kind of sad to see that it looks like these aren’t going to be rolled out nationwide. The filling was really packed with flavour and there was a generous amount of it; the bun was soft and overall this was a lovely comforting dish. We discussed definitely recreating this at home. The other starter we tried was the pumpkin onigiri, four little fried balls of garlicky rice and pumpkin, which were served with a tasty chilli and coriander dipping sauce. They were crispy on the outside and soft in the middle, and made a nice change from the standard veggie gyoza I would usually order from Wagas as a starter. 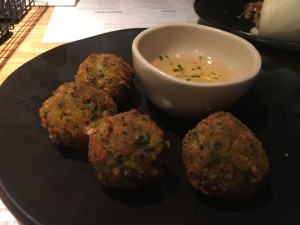 Between us, we were two vegans, one vegetarian, and one meat-eater, but we all ordered the seitan vegatsu. By the time we were eating it was quite late and we were all starving, and our stomachs definitely weren’t going to be disappointed. The breadcrumbed seitan steak was stacked on a mound of rice, and smothered in a generous amount of curry sauce, served with a salad on the side (which was actually quite nice, but let’s face it, no one is eating this meal for nutritional purposes). As we tucked into our meals, we realised just how much seitan there was. I would say there was more than the tradition chicken breast’s worth on the plate. It tasted exactly how I remembered their katsu curry, and the seitan was incredibly meat-like in terms of texture as well as flavour. Jamie has talked about and recommended it to multiple fellow meat-eaters since so he obviously enjoyed it; it could certainly satisfy any cravings (if you have them). The waitress told us people from up and down the country have come to London specifically to try this dish, and not just vegans, and they’ve received a lot of excellent feedback. 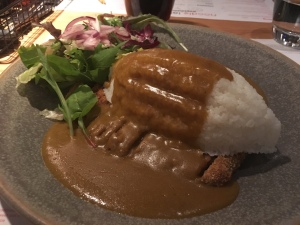 We were so full after our curries, especially having tried some of the starters too, so we ordered one of the vegan desserts to share between four of us. The mango and matcha millefeuille seemed like such an intriguing concept, and after trying it, it really does work. After such a heavy main course we weren’t sure about having a dessert thick with cream, but the citrus from the uzu sauce and the fresh mango flavour made this a really nice palette cleanser and surprisingly light way to finish the meal. The green tea flavour too was subtle, which meant that those in the party who weren’t big fans of matcha still really enjoyed it.  It was a bit hard in the middle and we think it was possibly still a bit frozen, but the idea is great and I would happily order this again – particularly if the choice was between this and a sorbet! 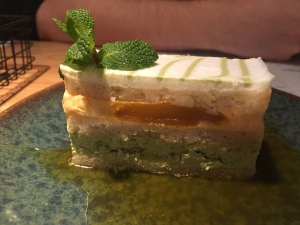 While I’m actually not the biggest fan of Wagamama normally (the Oxford branch of currently is incidentally closed currently, although whether it’s for renovations or for good I haven’t been able to establish), I really would recommend seeking Noodle Lab out if you’re London-based or are going for a day trip, because it’s offering something you can’t try anywhere else. Our waitress promised me exciting new things to come on their menu during Veganuary which I’ll definitely be looking out for as I visit London on a semi-regular basis. The dishes we tried from their sampling menu are advertised as being available until February, so it’s worth heading there before then if you want to be sure to try the food featured in this post. If not though, you might well see some of these dishes on a menu near you soon. 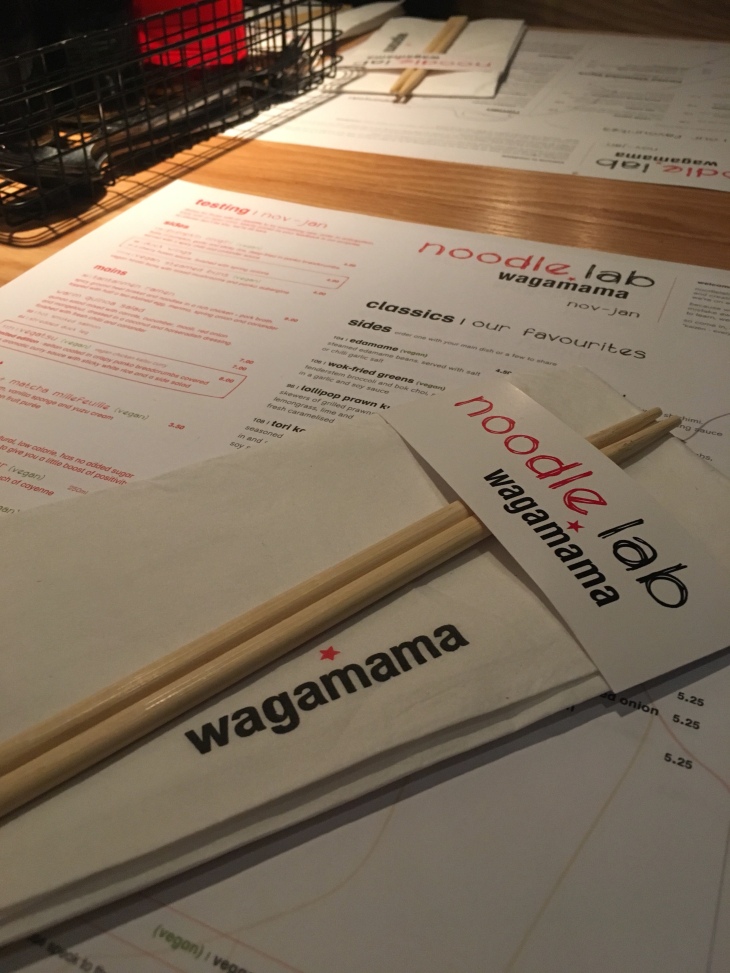