Following a successful trial of a new vegan dish on the Thali festive menu which I unfortunately didn’t get a chance to try at the time, I was very happy to hear it’s been added as a permanent fixture, and in good time for those taking part in Veganuary to enjoy it.

The new main dish, the Baingan Paturi, consists of a cashew-stuffed aubergine, wrapped in a banana leaf and grilled, served with sambar, chutney, salad, and two chapattis on the side. I have always loved aubergine dishes but I’m sure this meal could convert a person even with the deepest hatred of aubergine (including my boyfriend, who definitely isn’t usually a fan). Each bite was creamy and absolutely melted in the mouth, it was perfectly spiced, and full of flavour. Paired with the fresh salad and warming stew, with the freshly made bread, it was such a treat, and also really different and interesting compared to the standard vegan fare you see on many menus. I’m a huge fan of a coconutty curry and the vegan thali here is definitely amazing, but it’s great to see a grilled dish on the menu too. When I looked at the size of my main course compared to Jamie’s huge thali platter, I did have a pang of food envy, but I think that’s just me being greedy – it filled me up just fine and was really delicious. At £11 it is a lot more than the 60 odd pence you’d pick an aubergine up for in Tesco, but I know for a fact I could never make it taste anywhere near this good cooking it at home!

We’d also ordered a couple of poppadums and chutneys to snack on while we were waiting for our mains to arrive. Three of the four chutneys are vegan and it’s such a tasty way to start the meal. We agreed the tangy tomato chutney was our favourite but also polished off the creamy coconut dip and the slightly chilli mango chutney. Along with our mains we ordered a side of the masala fries, deep fried lightly spiced potato wedges – soft on the inside but encased with a gorgeous crispy batter. We also tried the aloo bondas, spicy balls of mashed potato fried in a chickpea batter, which were equally tasty and comforting. Multiple fried potato dishes to choose from on the menu? I’m definitely on board.

I’d ordered the delicious raspberry and ginger cooler to drink. I love ginger beer and the twist of the added sweet raspberry made this a really refreshing, enjoyable drink. Jamie ordered a lime soda which I suppose you can’t really go wrong with, but it paired so nicely with the spicy dishes. Hope to see the straws disappearing soon like they are in so many other restaurants! 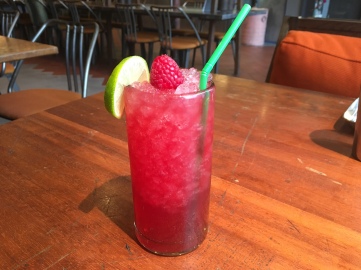 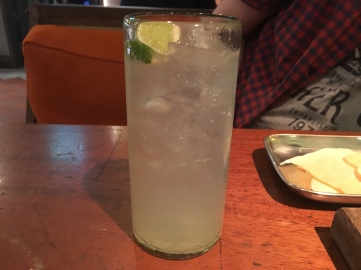 At the end of our meal, we were told they had sadly run out of the vegan dessert (a wonderful dark chocolate cake, which I’ve reviewed previously) but we’d eaten plenty already and felt we probably didn’t have room for pudding anyway. It sounded like it wasn’t the best day for Thali as we were told they also only had one chef in the kitchen, having to prepare and cook an unenviable amount of meals all at the same time. We wouldn’t have even noticed had we not been told though, as we didn’t have to wait long for food and the service was great, so we were pretty impressed. 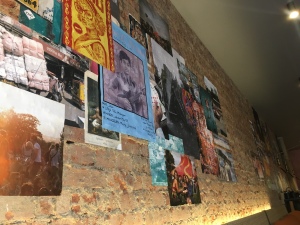 Thali is becoming a firm favourite for us to visit, and I’m almost relieved I don’t work in town any more, as I noticed they have an amazing lunchtime deal during the week for under £8 which would probably keep me coming back far too often (not good for the waistline). They also have a Meat Free Monday deal which sounds great value: a vegan thali and craft lager for a tenner. Thali is very student-budget friendly but also somewhere that feels a lot nicer to dine in than the row of chain restaurants it sits among.

Have you tried the new vegan dish yet? Would love to hear what you thought!

Some of you weren’t happy with the crumpets in our breakfast for dinner last week 😂 we had no bread okay. Is this really that bad? Let me know if you feel strongly about this in the comments 🙈
Lovee a mezze platter 😍
Got out of bed at 11.30am today 😴 maybe let’s all just sleep our way out of this lockdown, it’ll go quicker 🤷‍♀️
Not particularly in keeping with the junk food vibes of my feed these days but this is how I eat when I’m cooking for one 😆
Hands up if this is the most beige/orange roast dinner you’ve ever seen 😂
Quick and simple lunch idea while we still #StayAtHome 🤷‍♀️